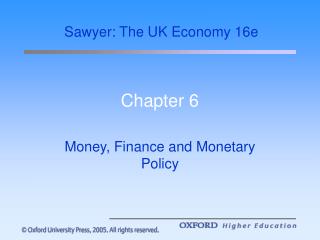 Sawyer: The UK Economy 16e Chapter 6 Money, Finance and Monetary Policy Money and finance: The Financial System A financial system is composed of firms and markets which fulfil a variety of economic functions.