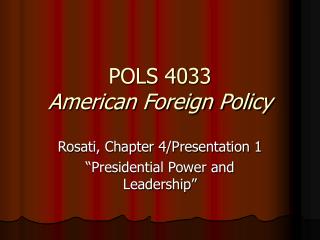 American Foreign Policy - . key questions to be answered by end of lesson…. what is foreign policy ? what should be the