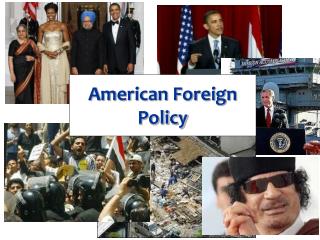 American Foreign Policy. KEY QUESTIONS To be answered by end of lesson…. What is foreign policy ? What should be the goal of a nation’s foreign policy? America’s? Why and how has America’s role in foreign affairs changed over the course of history? American Foreign Affairs/Policy - . what is it?. foreign affairs are the nations interacting and relationships with