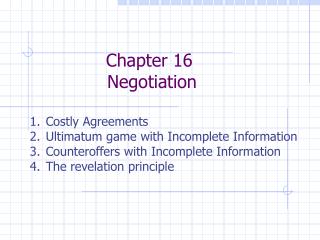 NEGOTIATION TERMINOLOGY NEGOTIATION - . a process where two or more parties work to reach a joint agreement on issues of

Chapter 14: Conflict &amp; Negotiation - . question: what is conflict? answer: a process that begins when one party

Chapter 13 Conflict and Negotiation - . describe the nature of conflicts in organizations. explain the role structural

Chapter 13 Conflict and Negotiation - . learning outcomes. describe the nature of conflicts in organizations. explain the

Chapter 10: Negotiation and Lobbying - . by: danielle