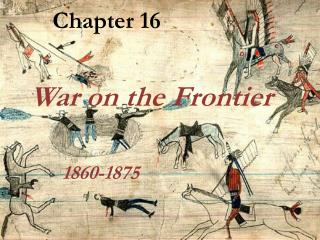 Chapter 16. War on the Frontier. 1860-1875. Can you think of a time in history when different groups became involved in wars over territory?. What about conflicts today? Think about… reasons groups become involved in conflicts over land?