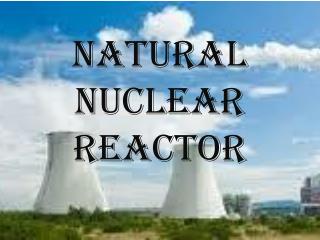 Natural Nuclear Reactor. A nuclear reactor is a device to initiate and control a sustained nuclear chain reaction. The most common use of nuclear reactors is for the generation of electric energy and for the propulsion of ships.