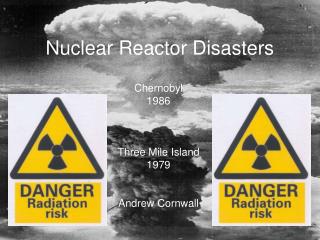 NUCLEAR DISASTERS - . safe levels. when dealing with the environmental effects of radiation, we are most interested in