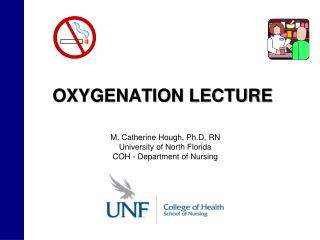 OXYGENATION NURS 1510 - . basic human need o2 is classified as a drug must have md order for rate and route. pulmonary.

Noninvasive Oxygenation and Ventilation - . goals of noninvasive measures. either short term or long term support of

Oxygenation - . “part of the dumb-it-down lecture series”. how do we support a patient’s pulmonary function?.

Oxygenation Monitoring - . at the end of this self study the participant will: 1. describe the difference between spo 2

OXYGENATION AND ACID-BASE EVALUATION - . chapter 1. mechanical ventilation. used when patients are unable to sustain the