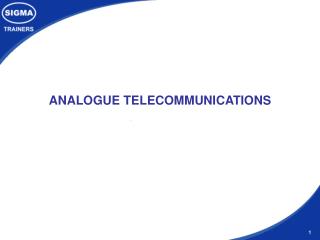 Lecture 01 - . we begin our lecture to ask ourselves a few simple questions for this subject such as: have you used

Analogue and Digital Signals - . we seem to live in an analogue world – things can be louder or quieter, hotter or

Computer Animation - . 451-113 introduction to computer graphics and systems. principles of animation. the real world is