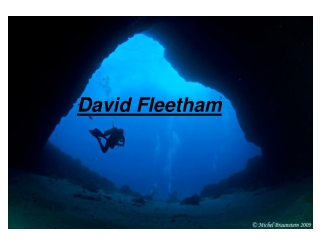 David Fleetham. Biography. Born in Vancouver, Canada in 1958 but grew up in Ontario Education: His work appears in over 200 magazines such as National Geographic, and LIFE, he has appeared in every North American diving publication A Beginner's Guide To Electrical Outlet - There are a variety of sorts of electricians. however, it is always suggested

Art II Intermediate ARt - . the art of communication. welcome to art you will be happy here!. 1 st day agenda. welcome to