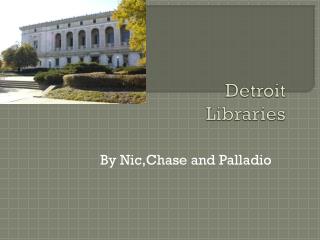 Detroit Libraries. By Nic,Chase and Palladio. The mission of the Detroit Public Library.