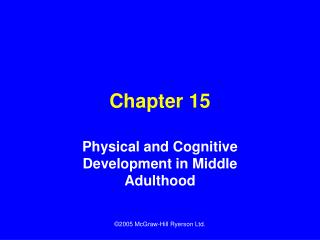 Chapter 15. Physical and Cognitive Development in Middle Adulthood . Changing Middle Age . As more people lead healthier lifestyles and medical discoveries help to stave off the aging process, the boundaries of middle age are being pushed upward.