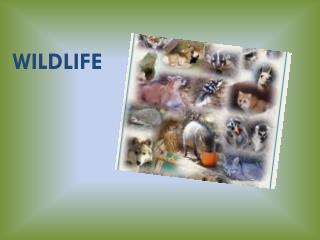 Wildlife Conservation - . wildlife conservation . in the united states alone, there are 986 endangered species (388

Wildlife Wednesdays! - . jane nguyen. can you guess what i am??. i live on indonesian islands. i’m the largest lizard

Wildlife Consultants - Our wildlife consultants are able to provide you with hunting land and lease services in alabama.