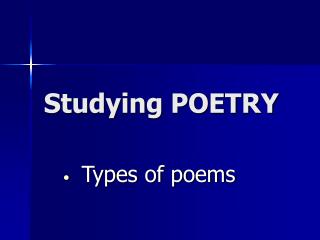 Studying Poetry - . genre introduction. what do you expect to be involved in studying poetry?. what kinds of things do

Studying - . it's all changed. &quot;if we teach today as we taught yesterday, we rob the children of