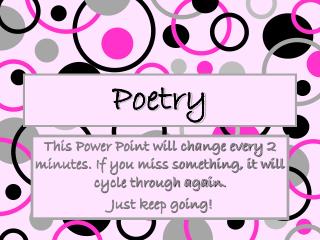 Poetry. This Power Point will change every 2 minutes. If you miss something, it will cycle through again. Just keep going!. Poetry.