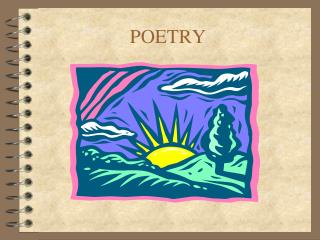 POETRY. POETRY. A type of literature that expresses ideas, feelings, or tells a story in a specific form (usually using lines and stanzas). POET The poet is the author of the poem. SPEAKER The speaker of the poem is the “narrator” of the poem. . POINT OF VIEW IN POETRY.