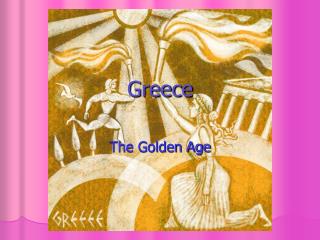 The Golden Age. Greece. 480-338 bc was the golden age of Hellenic achievement- the peak of their culture. Art, literature, philosophy, science, mathematics all were significantly expanded (or invented) during this time. GREECE - . greece is known from the ancient times as hellas. greece is a country in south europe. about 11 million people

Greece - . greece is a european country located on the balkan peninsula mediterranean coastlines touches borders with

Greece - . location of greece on a world map. map of

GREECE - . aim: what is the most important accomplishment that is given to us from the ancient greeks?. by: miss

Greece - . packet notes pages 9—13 of greece packet. slide 1. directions : use this powerpoint presentation to fill out

Greece - . unit 6. geography. in southeastern europe. it is a peninsula. contains mountains, with many gulfs and bays.

Greece - . greece. home to one of the world’s oldest civilizations, greece has been called the birthplace of western