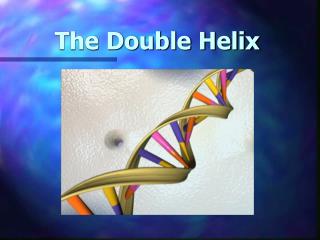 Basic Genetic Concepts &amp; Terms - . genetics: what is it?. what is genetics? “genetics is the study of heredity

RNA - . review of dna. dna is a double helix that is a code for something what? structure/shape explains how it is

DNA - . biology . by presentermedia.com. dna: deoxyribonucleic acid . chromosomes are made of dna small pieces of dna

DNA – The Double Helix - . recall the nucleus is often called the “ control center ” because it controls all of the