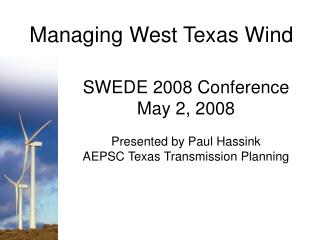 Ode to the West Wind - . lecture 11. part 3 – effect on water. thou who didst waken from his summer dreams the blue

Ode to the West Wind - . percy bysshe shelley. o wild west wind, thou breath of autumn's being      thou from whose

Texas and The Far West - . mexican war for independence. by 1811, the people of mexico wanted their independence from