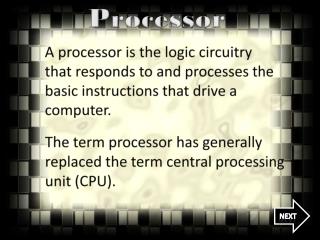 Processor - . rashedul hasan. processor. the microprocessor is sometimes referred to as the 'brain' of the personal