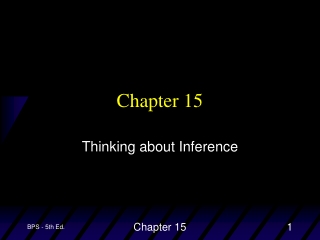 Chapter 15. Thinking about Inference. z Procedures. If we know the standard deviation s of the population, a confidence interval for the mean m is: To test a hypothesis H 0 : m = m 0 we use the one-sample z statistic: