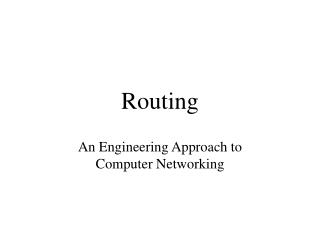 Routing. An Engineering Approach to Computer Networking. What is it?. Process of finding a path from a source to every destination in the network Suppose you want to connect to Antarctica from your desktop what route should you take? does a shorter route exist?