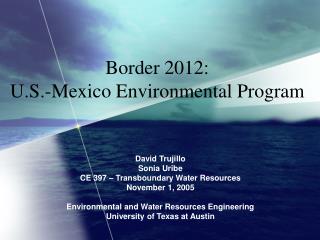 MEXICO ’ S PROGRESA PROGRAM: WHO BENEFITS? - . a presentation by deon filmer of material by david coady. progresa was

Environmental Issues in the U.S.-Mexico Border