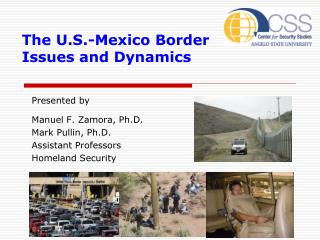 The Porfiriato: the Economy, the Land and the People - . modern mexico lecture week 9. lecture. “19 th c mexico so

Unit Two: Dynamics - . section 1: forces. look in glossary of book …. what is the difference between dynamics and

The MDA Framework - Mechanics. dynamics. aesthetics. the mda framework. some common themes. here are some themes we

AN INTRODUCTION TO COMPUTATIONAL FLUID DYNAMICS - . shuisheng he school of engineering the robert gordon university.

Metapopulation and Intertrophic Dynamics - . from single species population dynamics (and how to harvest them) to complex