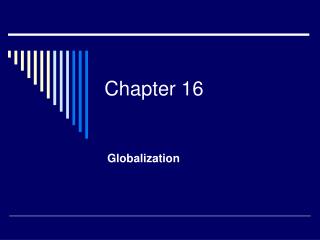 Chapter 16 Globalization Globalization 1) What does a global economy mean? All countries are inextricably linked: through what we consume, through employment and resources. Globalization Theories of: