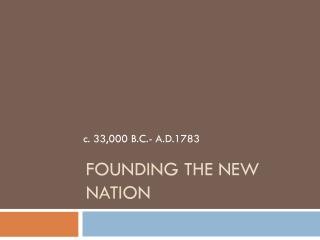 Tierheim Associates: US History - . dream for the stars and sail the winds of change!. introduction: founding a nation.

Founding Principles of the Welfare State - . to what extent have they been met?. want disease ignorance squalor idleness.