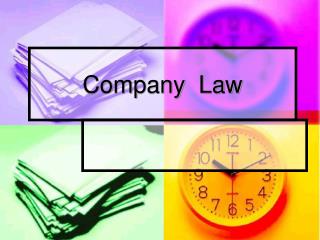 Company Law. What is a company?. A Company is a voluntary association of persons formed for the purpose of doing business, having a distinct name and limited liability. They can be incorporated under the Companies Act (it may be any type of company)