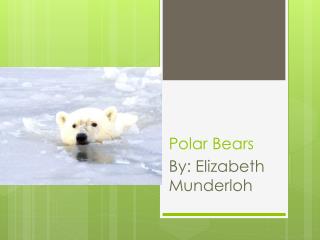 Polar Bears - . naomi rodriguez. background . polar bears have lived in the arctic for many years.  their bodies have

Polar bears - . by: megan smith . behavioral characteristics. they spend most of their times hunting seals and camping