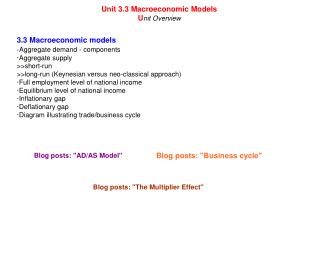 Unit 2.4: Market Failure and the Role of Government U nit Overview - . reasons for market failure · positive and