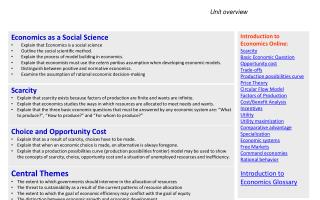 U nit overview. W hat is Economics?. Introduction to Economics 1.0. A Riddle to start off your course You may not know it yet, but you are beginning a science class. Yes, Economics is a science, and just like other sciences, it deals with a fundamental problem of nature.