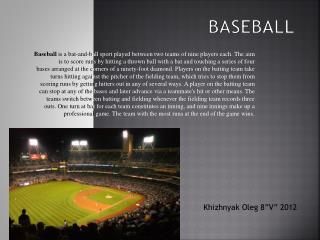 Welcome to our classroom - . unit 9. do you want to go to a movie?. basketball. baseball. soccer ball. volleyball.

Negro Baseball in America - . from 1884-1888 major league baseball was integrated. first african americans to appear in a