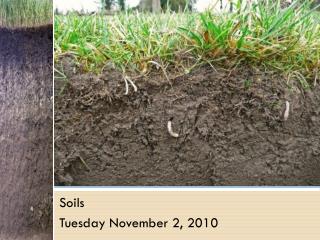 Soils. Soils Tuesday November 2, 2010. Warm Up 11/2/10. What type of weathering would be most common in mountainous regions in middle latitudes? Whenever the characteristics and chemical composition of weathered materials have been altered, they have undergone _____