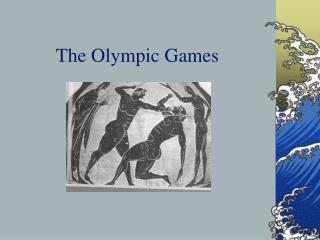 The Olympic Games. Epictetus on the Ancient Olympic Spectator. Aren’t you devoured by the fierce heat? Aren’t you smashed in the crowd? Aren’t you upset by the noise, the roar of the crowd and other disturbances?