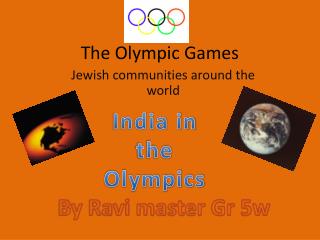 The Olympic Games. India in the Olympics. Jewish communities around the world. By Ravi master Gr 5w.

Adversarial Search Aka Games - Chapter 6 some material adopted from notes by charles r. dyer, university of