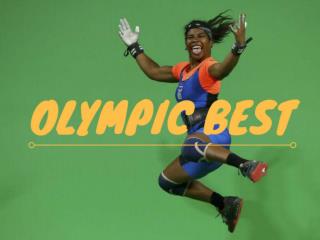 Our top photos from the Rio Olympics. Olympic - Games if people participated in the olympic games what couldn’t they do? have a child go to war learn to

Olympic bloopers - We spotted the happy couple saif ali khan and kareena kapoor at the airport. and hey wait, what is

Olympic Character - . made by grigoryan mary and nersesyan diana form 10 b school #20. m ain thing in sport is character

Olympic movement - . the aim of this project. Цель

Olympic Song - . verse 1 here we stand together all one team, remembering for ever as we live our dream. verse

Olympic Eventing - . by: rachel speaker. introduction!. eventing has been an olympic sport since ancient times. horses