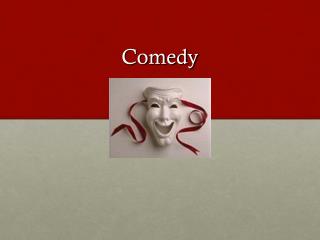 Comedy. WHAT IS Comedy? WHERE DID IT COME FROM?. Comes from the Greek word, â€œrevelâ€ + â€œsingingâ€ After a tragedy, men would gather, celebrate, and march down streets singing to music and shouting vile jests. The group was called a comus and the song a comoedia or comedy.