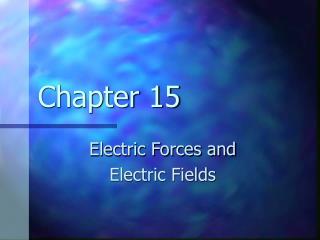 Chapter 15. Electric Forces and Electric Fields. A Bit of History. Ancient Greeks Observed electric and magnetic phenomena as early as 700 BC Found that amber, when rubbed, became electrified and attracted pieces of straw or feathers