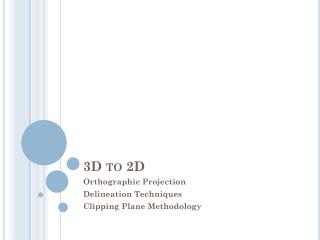 3D Viewing ( From 3D to 2D) - . some of the material in these slides have been adapted from the lecture notes of graphics

3D Solid Modeling Moving From 2D to 3D - . project lead the way, inc. extruding a 2d sketch. solids can be created by