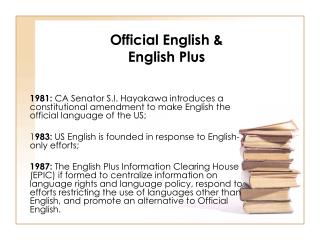 Official English & English Plus. 1981: CA Senator S.I. Hayakawa introduces a constitutional amendment to make English the official language of the US; 1 983: US English is founded in response to English-only efforts;