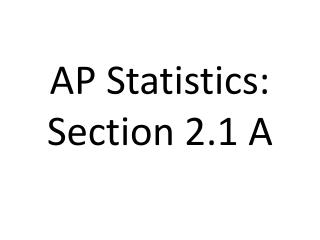 AP Statistics: Section 2.1 A. Measuring Relative Standing: z -scores A z-score describes a particular data value’s position in relation to the rest of the data. In particular, a z-score tells us. h ow many standard deviations a particular score is above or below the mean.