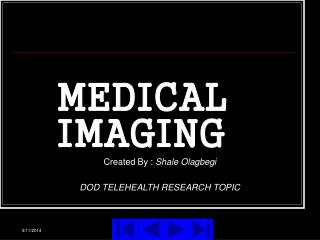 The introduction of sectional anatomy - . the medical college of shandong university. the forest. clinician. where is the

Medicine Under the Microscope - Value based purchasing, changes for icd-10 and the future of radiology/medical imaging

Part I - . physicists do it in hospital. tong xu dept. of physics carleton university. why there are physicists in the

Medical Ethics - . daniel chase, md. overview. what is medical ethics? what are the generally accepted principles of