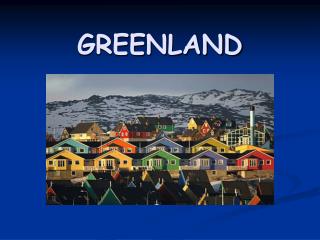 GREENLAND - . kommuneqarfik sermersooq . greenland. far north in the arctic is the largest island in the world –

GREENLAND - . greenland is an autonomous country within the kingdom of denmark. its capital is nuuk. [ pictures

Greenland - . jennifer meyer, ed. s. rutherford county schools. geography. greenland is an island. it is located in the

Kraken Greenland - . by:lilli smith. description of a kraken. its orange with tentacles its huge and also awesomely cool.

Greenland Pump - . by salik and niels gu nuuk 2.q. comenius 2014. things we are going to talk about. what is the

Greenland Power - . nukissiorfiit. greenland. hydroelectric power is the answer. what was the question?. nuuk. in 1993

Medieval Greenland Norse - . by: gabby orsino, ben meshumar, and sam havlicek. society. erik the red was exiled from the

Greenland ( Kalaallit Nunaat ) - . the capital of greenland is nuuk greenland  is a located between the  atlantic

Greetings from Greenland - . allison &amp; hans. turn on the sound and just relax – the pictures change