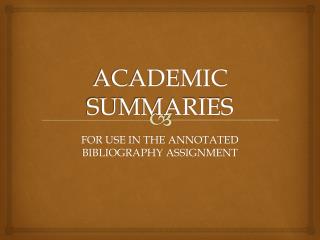 ACADEMIC SUMMARIES . FOR USE IN THE ANNOTATED BIBLIOGRAPHY ASSIGNMENT. PART I.