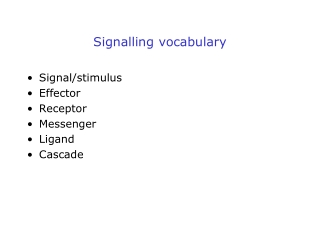 Supporting Young Children’s Vocabulary - . scottish attainment challenge. are you clear? what do we mean by

CLUE Signalling - . ietf 89 robert hansen. signalling -07 revision. changes not as substantial as diff to -06 would