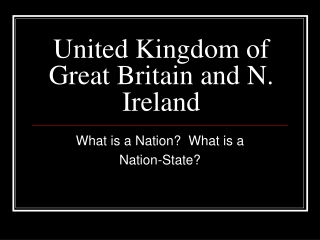 The United Kingdom of Great Britain and Northern Ireland - . уучиту. in official documents this country is named as