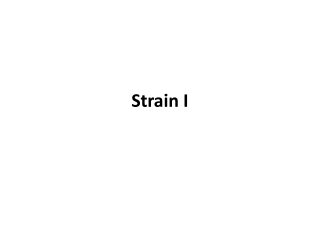 Strain I. Recall: Pressure and Volume Change. The 3D stresses are equal in magnitude in all directions (as radii of a sphere) The magnitude is equal to the mean of the principal stresses . The mean stress or hydrostatic component of stress: P = ( s 1 + s 2 + s 3 ) / 3 -Elastic Properties of Solids - . ap physics c mrs. coyle. real objects are not rigid but can deform under the influence