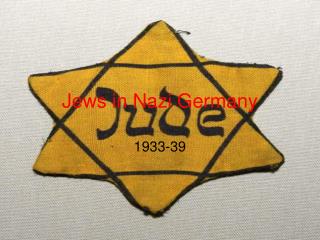 The Jews in Nazi Germany - . what was it like to be a jew living in nazi germany…. ? …. it is important to remember

Nazi Germany and the Jews - . why did hitler and the nazis target jews?. actually, the nazis did not only target jews.