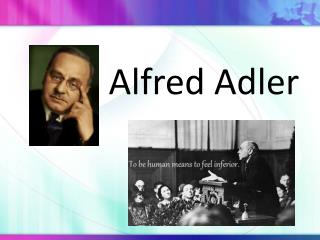 Alfred Adler. Biography. Born in 1870 in Vienna Second child of the family; older brother was Sigmund, younger brother, Rudolph, died in childhood Was a frail child who had several brushes with death Became a doctor to learn how to defeat death