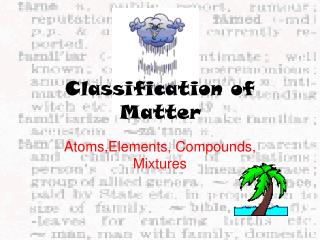 Classification of Matter. Atoms,Elements, Compounds, Mixtures. Lesson Objective. Atoms Elements Molecules Compounds Mixtures. What is matter?. Matter is anything that takes up space!!!!