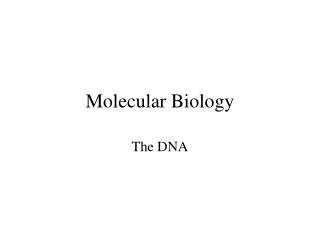 Molecular Biology. The DNA. Intended learning outcomes. Describe the base, sugar and phosphate moieties of nucleotides. Describe phosphodiester bond and the concept of chain polarity and the 3' and 5' ends of polynucleotides.